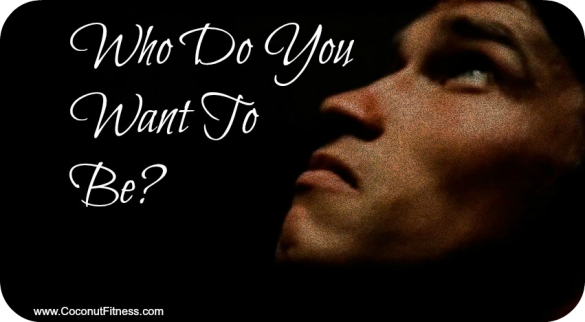 I get fed up of people making excuses when it comes to their health. I’ve been in the fitness industry for over 13 years and must’ve heard every excuse under the sun from clients, justifying why they haven’t worked out this week, eaten crap or just completely ignoring my advice.

I don’t take it personally. If I did, I would’ve quit my job ages ago! In fact, I’ve compiled a list of the most common excuses I’ve heard over the years:

3) “My kids are on school holidays, so I just don’t have the time to exercise”

4) “I couldn’t make it to our session yesterday as it was raining!”

And yes, number 4 is completely true. It happened too many times. 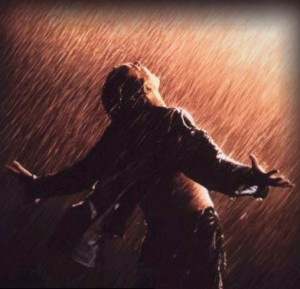 “I just can’t make it to the gym today!”

It’s not that I don’t have any empathy. I do. I can completely relate to any circumstances that are out of someone’s control.

Life does get in the way sometimes and at the end of the day, there are more important things in life than having a workout.

But ultimately, this comes down to a lack of desire, belief and motivation. Admittedly, it is somewhat my job to instill this into everyone I work with, but deep down inside, that person needs to be motivated enough to do it for themselves.

Simply put, the trainer cannot be more committed than the client.

We all have the same struggles when it comes to finding the motivation to keep pushing ourselves.

No one is perfect.

When my motivation wanes I always look for inspiration.

I find great inspiration in role models as they’ve been there and done it. They’ve proved that amazing feats can be accomplished. It gives you belief.

“Believe you can and you’re halfway there.”

So I wanted to share with you, one of my biggest sources of inspiration – Arnold Schwarzenegger. The ‘Austrian Oak’ is my go-to guy when the chips are down.

He’s a bit like marmite. You either love him or hate him. 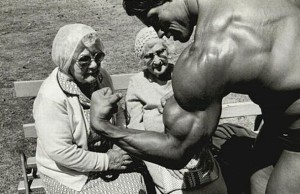 I love him. So do the grannies.

He’s one of the very few figures in the fitness industry that’s achieved every goal he has set himself in life.

“A goal is a dream with a deadline”

When Arnie was growing up, he wanted to be the greatest bodywbuiilder of all time. He won the Mr Olympia Bodybuilding title 7 times. 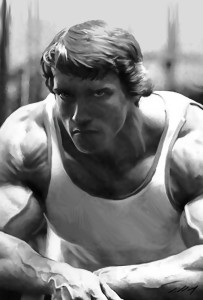 The greatest bodybuilder ever. One of many goals he achieved.

After all this success, he wanted to get into the movies and make it to Hollyowood. He’s starred in 40 plus films and grossed over a billion dollars at the box office.

Finally, he wanted to pursue a career in politics, and in 2006 was elected Governor of California.

He’s had his fair share of mishaps along the way, but this was because he was always prepared to fail.

In 2006, Arnold gave a graduation speech at the University of California called the “6 Rules For Success”. I have summed up these rules below, but would recommend watching the YouTube clip at the end to give you the biggest bang for your buck. 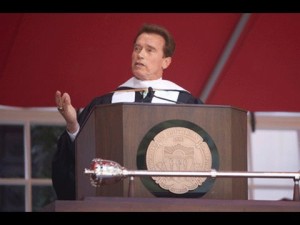 Who do you want to be in life? Not what but who? Ask yourself, what makes you happy? Once you realise this, then follow that dream, no matter what anybody else thinks.

Don’t break the law but break the rules. It’s impossible to be an original if you aren’t prepared to break the mould. What’s the point of being on this earth if you want to be liked by everyone and avoid trouble?  You have to think outside the box.

You can’t always win but don’t be afraid to make decisions. If you believe in yourself then success will come.

4) Don’t Listen To The Naysayers.

No pain, no gain. Nothing works unless you do. You can’t climb the ladder of success with your hands in your pockets. If you want something you will need to work your butt off and leave no stone left unturned.

Give something back to your community. Reaching out and helping people will give you more satisfaction than anything you’ve ever done.

If you’re not motivated enough by now to brace the rain and make it to your gym session then I give up!

We all need motivation from time to time, especially when training for a specific fitness goal or event like a Half Marathon.

In fact, we’ve designed an online coaching program specifically for such an event! Check out www.BermudaMay24.com

Does Arnie inspire you? I need to know in the comment box below!

Many new mothers complain about their 'mummy tummy'. When working with mothers, whether they gave END_OF_DOCUMENT_TOKEN_TO_BE_REPLACED

Did you make a New Years Resolution? Maybe you made it on New Year's Eve but the Veuve END_OF_DOCUMENT_TOKEN_TO_BE_REPLACED

How many times have you found yourself saying “I’m going to have a fresh start on Monday”? END_OF_DOCUMENT_TOKEN_TO_BE_REPLACED

I’ve got a dirty little secret. Something that I need to get off my chest. I have never END_OF_DOCUMENT_TOKEN_TO_BE_REPLACED

Doesn’t quite sound right, does it? My New Year’s Resolution for 2014 was to work ‘in’ END_OF_DOCUMENT_TOKEN_TO_BE_REPLACED

Since we've been in Thailand we have both fallen in love with the local food! Thai food END_OF_DOCUMENT_TOKEN_TO_BE_REPLACED

Caroline Layzell is taking over blog duties this week. For all those who had a giggle at END_OF_DOCUMENT_TOKEN_TO_BE_REPLACED