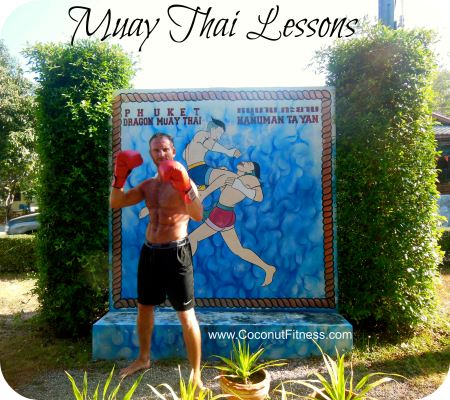 Earlier this year when Lisa and I were travelling around Thailand, I decided to pursue a personal goal that I had set myself several years ago.

It was to join a Muay Thai camp, or kickboxing camp as it’s known to the western folk. I had always wanted to learn the art of this national sport so joined Dragon Muay Thai camp in Phuket, Thailand.

This was a gruelling, month-long training regime that taught me several lessons along the way and have made me into a better person and coach today.

I hope you can resonate with what I learned as I’m sure most of us have experienced some of the following.

EARLY TO BED, EARLY TO RISE 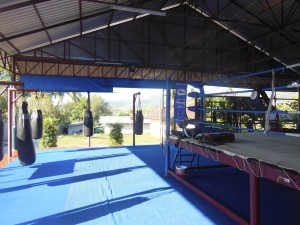 Getting there in the morning was the hardest part

Boxing started at 7am every morning (except Sundays, woohoo!) and ran until 10am. This meant three hours of pad work, fitness and sparring.

All things that you don’t want to be doing if you are already exhausted.

Waking up at 6am wasn’t the main issue as I had been doing that for many years for my clients. It was the fact that I needed to wake up feeling completely refreshed and invigorated before strapping on those gloves and getting in the ring.

The only way this was possible was to make sure I was getting to bed early so I could rise early. This meant lights out by 10pm most nights.

When the class had finished, I was amazed and felt pretty good about myself about how much I had actually accomplished by mid-morning and still had the rest of the day to continue being productive.

I try and live by the adage “early to bed, early to rise” now as often as possible, as I feel so much more productive in life (It’s 7:04am now as I am typing away!).

Try getting to bed early and waking up earlier than usual to find that extra time in your day.

So many people complain that they don’t have enough hours in the day. We all have exactly 24 hours so it’s how you prioritse your time that counts.

Don’t have time to exercise after work? Do it before work!

Feel too exhausted to train at that time? Get to bed earlier!

I think you see the point here.

I’m going to be brutally honest here. In the beginning, I didn’t make every single session.

Because one morning my feet were pretty swollen from all the kicking. Another morning, my knuckles were completely battered and I remember one morning I just couldn’t drag myself out of bed.

Do these just sound like excuses to you? Good.

Because that’s all they were.

Was I just going to throw away a lifelong dream just because I was telling myself reasons why I shouldn’t go to camp?

I could’ve spiralled into a dark hole and never return to Dragon Muay Thai. Why would they care anyway? I had paid my money upfront so it’s not like they were losing out.

But they did care.

And that was the turning point.

As mentioned, I missed a couple of sessions but the next morning I got absolutely grilled about my absence!

I told them the excuses I listed above and they just raised their eyebrows. But that was enough to bridge the language barrier and to know they weren’t impressed.

They also made me know about it in the ring by speeding up their punching combinations during sparring so I was getting hit in the face every couple of seconds.

They insisted that my reactions were too slow because I missed the last session. 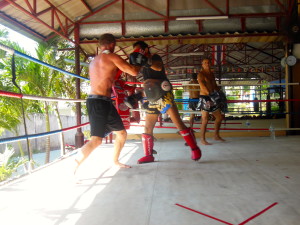 My trainer let me know about my absence!

But it wasn’t just the coaches who would get on my back.

The other fighers would be genuinely concerned why I hadn’t been in the last session. It was that caring but competitive environment that made me accountable for my actions.

They did care if I wasn’t there and they taught me enough lessons during training to make sure it didn’t happen again.

And it never did.

Now, when I run my own boot camps, I always make sure I get in touch with the boot campers that didn’t show up because I also genuinely do care. After all, they’re hiring my services to get fitter and be healthier.

But we also have to remember that we are accountable only to ourselves in what happens in our lives. 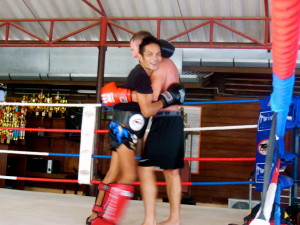 I had achieved my goal!

Training at a Muay Thia camp was a goal of mine that I set over ten years ago and I achieved it in the end. Most of the time when I tell people about my experience in Phuket they just tell me how they “wished” they could do the same.

A goal without a plan is just a wish.

I had specifically planned to visit a Muay Thai camp in Thailand. A year ago, we left our jobs in Bermuda to embark on our new business and the plan was to visit Thailand for three months (another goal I set myself many years ago).

One of the reasons we chose Thailand was so that I could spend a whole month at a Muay Thai camp.

I set up an online business to help fund our travels so we could live life on our own terms and not be dictated to by employers and being told we weren’t allowed three months off for travelling.

None of this was wishful thinking.

It was meticulously planned and organised to the final last detail.

So don’t just dream about doing something you’ve always wanted to to.

Make it a goal and get it accomplished.

We only live once so you’re not going to get a second chance.

“A dream is just a dream. A goal is a dream with a plan and a deadline”

What lessons have you learned by trying something completely new? Let us know in the comment box below…

Many new mothers complain about their 'mummy tummy'. When working with mothers, whether they gave END_OF_DOCUMENT_TOKEN_TO_BE_REPLACED

Did you make a New Years Resolution? Maybe you made it on New Year's Eve but the Veuve END_OF_DOCUMENT_TOKEN_TO_BE_REPLACED

How many times have you found yourself saying “I’m going to have a fresh start on Monday”? END_OF_DOCUMENT_TOKEN_TO_BE_REPLACED

I’ve got a dirty little secret. Something that I need to get off my chest. I have never END_OF_DOCUMENT_TOKEN_TO_BE_REPLACED

Doesn’t quite sound right, does it? My New Year’s Resolution for 2014 was to work ‘in’ END_OF_DOCUMENT_TOKEN_TO_BE_REPLACED

Since we've been in Thailand we have both fallen in love with the local food! Thai food END_OF_DOCUMENT_TOKEN_TO_BE_REPLACED

Caroline Layzell is taking over blog duties this week. For all those who had a giggle at END_OF_DOCUMENT_TOKEN_TO_BE_REPLACED