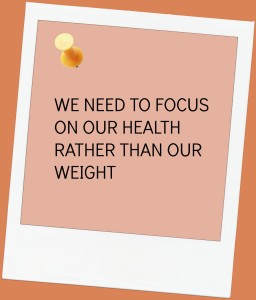 Most of us have dieted at some point in our lives.

Beauty, success and desirability are all associated with losing weight. Society deems that being thin is attractive.

Yet around 60% of us are overweight and the diet industry is a billion dollar business with glossy magazines adverts and TV commercials fronted by sexy celebrities.

It makes a load of money with very little results.

It is easily accepted in our culture to self-police ourselves by counting calories and worrying how much fat we consume. There are more nutritionists and dietitians than ever but we are just getting fatter!

I have written an article detailing how diets simply don’t work but have you ever thought about the origin of dieting? After researching how diets came about the results are fascinating.

In the BBC documentary titled The Men Who Made Us Fat, Jacques Peretti investigated the history of dieting. The following sources of information have originated from this documentary.

Professor Traci Mann of the University of Minnesota looked at over 100 clinical studies of diets stretching back 30 years. It is the most comprehensive study of commercial weight loss that’s ever been taken.

The result from all these extensive studies was that none of the dieters lost any significant amount of weight and kept if off.

The average weight loss was 1 kg over two and half years! This is because the weight slowly came back on and two-thirds of the dieters actually gained weight. Professor Mann’s conclusion was that diets do not work.

The first diet study on record took place over 60 years ago in 1944 by Ansel Keys.

He wanted to look into the effect malnutrition would have on worn-torn Europe during World War 2. 36 men were put on a controlled diet of 1500 calories a day (which is quite common for people dieting these days) and given a program of mental and physical exercises over a six-month period.

These men lost a lot of weight but also experienced psychological effects. They started losing their interpersonal skills, one man bit another volunteer, many tried to escape to eat the grass from outside the compound and a man was so deranged he chopped off three of his fingers with an axe!

All these men rapidly gained weight once they were back on a normal diet but they also put on more weight than they had before the study.

This is the problem with diets.

They work for a while then the weight always goes back on once the diet is finished.

Peretti claims that the culture of dieting really originated in the United States in the 1940s.

Dr. Louis Dublin was a statistician for a life insurance company. He analyzed over 4 million policyholders and concluding that the overweight dies young.

Based on these findings, Dr. Dublin made an arbitrary decision to scale back the weight that customers should be in order to prolong life.

This was the average weight of a 25 year old.

Reducing the ‘ideal’ weight of the population made a huge cultural impact on America as, all of a sudden, half the nation was now classified overweight.

This fueled the diet industry and made people ashamed of their body.

Doctors were also telling patients they were overweight and needed to lose fat based on these new guidelines.

It was 200 calories a serving and replaced breakfast, lunch and dinner becoming an instant solution to the new weight loss crisis.

People were losing weight on this radically reduced diet but were showing the same symptoms as a healthy person who was starving.

The brain and body panicked and did everything possible to put the weight back on. It was deduced by Professor Hirsch that biology prevents us from keeping weight off and after an average of two years it will come back on.

This was stated over 50 years ago! 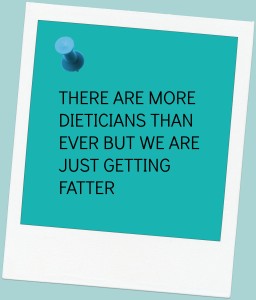 In 1967, Dr. Robert Atkins introduced one of the most famous diets about, the Atkins Diet. This diet gets rid of carbs and encourages lots of protein and fat. You can eat as much as you like on the Atkins Diet. Dr. Atkins built his empire over 40 years but died in 2003 from which critics controversially claim was from heart disease.

This did not stop the dieting industry turning over millions of dollars by the 1970s.

The Last Chance Diet by Dr. Robert Linn was a craze that lacked so many essential nutrients it reportedly caused many deaths.

In 1977, Dr. Daniel Abrahams founded the Slim Fast revolution. This saw the new age of diet shakes and is still popular today.

The business was sold in 2000 for a billion dollars. Its main ingredient is sugar and the product relies on yo-yo dieters feeling shame and guilt about their weight so much that they keep on trying the product and only blame themselves when it doesn’t work.

In 1975, Dr. Pierre Dukan introduced the Dukan Diet, which had similar traits to the Atkins Diet and his business is now worth over $80 million. Dr. Dukan even states that only 1 in 4 adults will permanently lose weight and blames people’s lack of self-control and commitment for reasons of failure.

Weight Watchers was founded in 1961 and is now a multimillion-dollar business.

Dr. Carl Heneghan studied dieters on Weight Watchers and discovered only 20% of people over a two-year period and 16% over a 5-year period reached their weight loss goal.

He claimed Weight Watchers was simply ‘not effective’.

It is evident over the years how much money the diet industry has generated although it has not been successful in helping people lose weight. We need to focus on our health rather than our weight and eat a balanced diet combined with regular exercise.

That is the secret pill the diet industry will never be able get their hands on.

Many new mothers complain about their 'mummy tummy'. When working with mothers, whether they gave END_OF_DOCUMENT_TOKEN_TO_BE_REPLACED

Did you make a New Years Resolution? Maybe you made it on New Year's Eve but the Veuve END_OF_DOCUMENT_TOKEN_TO_BE_REPLACED

How many times have you found yourself saying “I’m going to have a fresh start on Monday”? END_OF_DOCUMENT_TOKEN_TO_BE_REPLACED

I’ve got a dirty little secret. Something that I need to get off my chest. I have never END_OF_DOCUMENT_TOKEN_TO_BE_REPLACED

Doesn’t quite sound right, does it? My New Year’s Resolution for 2014 was to work ‘in’ END_OF_DOCUMENT_TOKEN_TO_BE_REPLACED

Since we've been in Thailand we have both fallen in love with the local food! Thai food END_OF_DOCUMENT_TOKEN_TO_BE_REPLACED

Caroline Layzell is taking over blog duties this week. For all those who had a giggle at END_OF_DOCUMENT_TOKEN_TO_BE_REPLACED