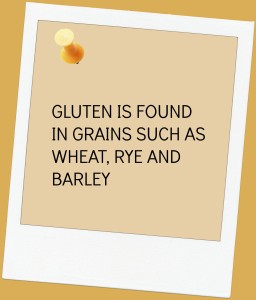 All for unknown reasons?

Fed up of sitting in the doctor’s office waiting to be told there’s nothing wrong with you?

Thinking that you’re a hypochondriac?

The chances are that you are one of the many people suffering from a gluten intolerance or even celiac disease.

Celiac disease is an autoimmune digestive disease that damages the villi of the small intestine and interferes with absorption of nutrients from food.

An estimated 1 in 133 Americans, or about 1% of the population has celiac disease.

It can affect men and women across all ages and races.

It is estimate that 83% of Americans who have celiac disease are undiagnosed or misdiagnosed with other conditions.

The average person has to wait 6-10 years to be correctly diagnosed!

Celiac disease requires a 100% gluten free diet and even tiny traces can cause harm. This is not always the case with those with a gluten intolerance.

The trigger for celiac disease and gluten intolerance is in grains such as wheat, rye and barley. These all contain the protein gluten.

When we look at what people ate 2.6 million years ago, until about 10,000 years ago, you wont find grains anywhere on the menu.

It wasn’t until about 5,000-10,000 years ago when the farming revolution began that humans began introducing grains into their diet.

Since that time, there has been a significant increase in the consumption of grains and grain-based products, mainly due to the low production cost.

However based on how our human digestion systems developed, it could be argued that we are not designed to eat grains at all. 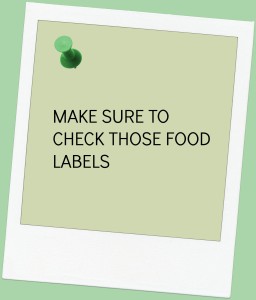 Not only is eating grains a problem, but also we are now eating highly processed grains and foods that are also sweetened.

An increase in degenerative diseases is often the result when traditional diets are replaced with diets high in processed foods, usually grain based.

However, if you suffer from any of the mentioned symptoms it may be worth eliminated gluten-containing foods for up to 3 months to see how your body feels.

You have to be careful as items such as cereals and even natural flavorings that are found in so many of our daily foods also contain gluten.

It’s also very easy for food to become contaminated with traces of gluten in the factories where they are produced.

Oats is a common example as the crop is usually grown next to a wheat, rye or barley field and the wind carries the gluten over to the oats.

So this will mean some work on your behalf, checking those labels!

The good news is that there are more and more gluten free options available in stores and restaurants worldwide and the Internet is now an abundance of information on gluten-free alternatives.

People are realising fast that eating like our ancestors is the way to go and maybe they weren’t hypochondriacs after all.

Many new mothers complain about their 'mummy tummy'. When working with mothers, whether they gave END_OF_DOCUMENT_TOKEN_TO_BE_REPLACED

Did you make a New Years Resolution? Maybe you made it on New Year's Eve but the Veuve END_OF_DOCUMENT_TOKEN_TO_BE_REPLACED

How many times have you found yourself saying “I’m going to have a fresh start on Monday”? END_OF_DOCUMENT_TOKEN_TO_BE_REPLACED

I’ve got a dirty little secret. Something that I need to get off my chest. I have never END_OF_DOCUMENT_TOKEN_TO_BE_REPLACED

Doesn’t quite sound right, does it? My New Year’s Resolution for 2014 was to work ‘in’ END_OF_DOCUMENT_TOKEN_TO_BE_REPLACED

Since we've been in Thailand we have both fallen in love with the local food! Thai food END_OF_DOCUMENT_TOKEN_TO_BE_REPLACED

Caroline Layzell is taking over blog duties this week. For all those who had a giggle at END_OF_DOCUMENT_TOKEN_TO_BE_REPLACED