You are here: Home / Blog / 6 Lessons To Learn From Dallas Buyers Club
Mar
3 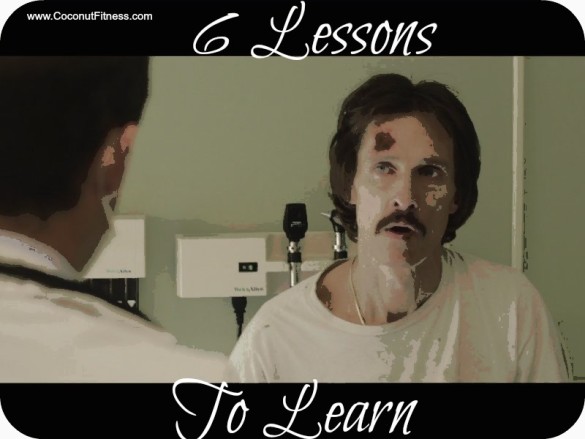 The Dallas Buyers Club was hugely successful at this year’s Academy Awards with Matthew McConaughey and Jared Leto taking an Oscar for Best Actor and Best Supporting Actor respectively.

Now, I’m no film critic but I know a fantastic acting performance when I see one and both these guys thoroughly deserved the accolade.

I enjoyed it so much I have put together the 6 lessons to learn from Dallas Buyers Club.

If you haven’t watched it then I recommend that you do! Just don’t grab the microwaveable popcorn (more on that in a bit!). 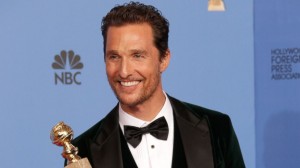 His teeth are as shiny as his Oscar.

The film is based on the true events of AIDS victim Ron Woodroof in the 1980s and his fight against the disease and the Federal Drug Administration (FDA).

Ron Woodroff played by Matthew McConaughey is diagnosed with HIV and told he only has 30 days to live.

He discovers that the FDA-approved drug AZT is toxic in high doses and soon realises the drug is killing him faster than the disease.

Ron soon finds that there are pharmaceutical drugs available in Mexico that have considerably helped the fight against AIDS but are not approved in the US by the FDA.

My favourite scene in the film is when McConaughey and Leto are in the supermarket. Leto keeps throwing processed junk into his shopping basket. McConaughey demands he puts it back on the shelf as it is full of ingredients approved by the FDA! 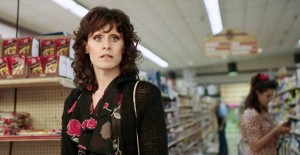 “Put those chips back!”

Without giving too much away to those who haven’t watched the film, I thought it was courageous and smart of the film makers to expose the criminalities of the FDA who are not just responsible for pharmaceutical drugs but also dictate what goes into the food we eat on a daily basis.

Don’t be foolish enough to believe this is the only government agency in the world that controls our food supply. This is rife amongst most of the  industrialised nations. 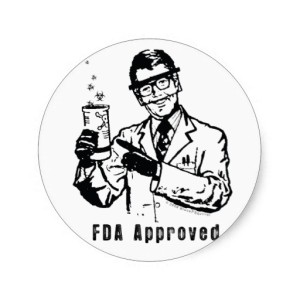 This is not any sort of conspiracy theory.

These are cold hard facts that clearly show that these government agencies are only interested in their wealth and not our health.

Processed foods are typically foods that are boxed, canned or tinned with nutritional labels that are full of ingredients that you can’t pronounce.

These foods take more energy from the body to break down, absorb and eliminate than they actually provide.

We are in an energy deficit every time we eat processed food.

It seems that you need a degree in chemistry just to figure out what the polysyllabic words mean on the ingredients list.

I bet even if you are a chemist you would still have trouble!

All these strange sounding ingredients are used to colour, stabilise, emulsify, bleach, texture, soften, preserve, sweeten, enhance or mask smells and add flavor to our food.

The FDA are in charge of this list and it currently it allows about 2,800 food additives and around 3000 chemicals to be deliberately added to our food.

To add insult to injury, the FDA doesn’t require any food additives listed on the Generally Regarded as Safe (GRAS) list to be mentioned on the labeling.

The most you’ll get is “artificial colourings” or “natural flavours”.

Considering the average American eats their own body weight in food additives each year, as much as 15 pounds will be flavourings, preservatives and food dyes which all appear on the secretive GRAS list.

Now, here is when it gets infuriating. The FDA only removes an additive from the GRAS list after the food manufacturer reports that it has damaging effects!

We are the guinea pigs and these companies will not be reporting harmful chemicals in their food any time soon.

Food irradiation is thought to be essential for sanitising food.

Organisations such as the US Department of Agriculture (USDA) and the World Health Organisation (WHO) claim that irradiating food reduces the risk of food-bourne diseases but the FDA do not test for toxicology or carcinogens.

The most common radiation sources are cobalt (Co-60) and caesium (Cs-137) which delivers about 150 million times more radiation than the standard chest X-Ray.

Recombinant bovine growth hormone (rBGH) is a genetically modified growth hormone that is injected into cows to make them produce more milk than is normal.

The FDA has approved the use of this hormone basing their clinical research from a short term study carried out by scientists from Monsanto, the same company that produces rBGH! Slightly biased don’t’ you think…?

Independent studies show that rBGH increases levels of insulin like growth factor IGF-1, which has been linked to making existing cancers grow in the body.

High levels of IGF-1 has also been associated with breast cancer, tumours, and colon cancer growth.

Organic dairy products are free of this growth hormone.

You may have noticed “nitrates or “nitrites” on the ingredients list of cured meats and fish.

These are used as a colour fixative like turning meats a blood red colour for example but both additives have been found to cause cancer and tumours in test animals.

Many European countries have actually banned the use of these additives but the good o’l FDA allow them still as they claim there is no adequate substitute.

I suspect there is not a cheaper alternative.

Do not use Aspartame.

This artificial sweetener has had more complaints to the FDA due to it’s side effects than any other additive.

When we use an artificial sweetener it signals to the brain that nutrition is on it’s way. When the receptors in the gut recognise that there is no nutrition, it sends a message to the brain to tell us we’ve been tricked. The brain responds by increasing satiety so we can keep eating non-foods to fuel the body.

This results in fat, hungry people.

Use alternatives such as honey or stevia.

Is fast and easy always the best way?

These are the main reasons why people still use microwaves.

They are convenient and we are lazy. Microwave ovens emit electromagnetic pollution of a greater magnitude than most electrical appliances.

It also damages the cell wall of food so badly that the gut doesn’t recognise it as food causing an immune response.

The carcinogens contained in microwave packages such as popcorn and pizza can also absorb into the food when it begins to get heat up.

The FDA hasn’t developed any specific regulations concerning microwaveable packages so you can use it at your own risk.

Move on from the microwave.

You have to remember that you cannot make money from healthy people.

The pharmaceutical industry, health service and medical insurance companies are billion-dollar multinational corporations and would go bust if we were all bursting with vitality.

The drug and food agencies are running the largest study in history and it’s not rats that are getting tested…it’s US! 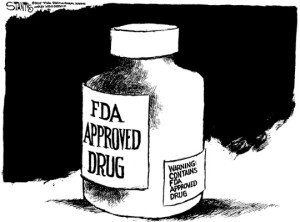 It’s a scary thought isn’t it?

So, do something about it.

Do not spend anymore of your hard earned cash feeding the fat cats.

Be in charge of what you eat.

Avoid processed foods at all costs and eat organic whenever you can. Eliminate or at least, reduce milk and gluten from your diet and throw your microwave on the tip.

Have you seen Dallas Buyer’s Club? What did you think? Write your thoughts in the comment box below.

Many new mothers complain about their 'mummy tummy'. When working with mothers, whether they gave END_OF_DOCUMENT_TOKEN_TO_BE_REPLACED

Did you make a New Years Resolution? Maybe you made it on New Year's Eve but the Veuve END_OF_DOCUMENT_TOKEN_TO_BE_REPLACED

How many times have you found yourself saying “I’m going to have a fresh start on Monday”? END_OF_DOCUMENT_TOKEN_TO_BE_REPLACED

I’ve got a dirty little secret. Something that I need to get off my chest. I have never END_OF_DOCUMENT_TOKEN_TO_BE_REPLACED

Doesn’t quite sound right, does it? My New Year’s Resolution for 2014 was to work ‘in’ END_OF_DOCUMENT_TOKEN_TO_BE_REPLACED

Since we've been in Thailand we have both fallen in love with the local food! Thai food END_OF_DOCUMENT_TOKEN_TO_BE_REPLACED

Caroline Layzell is taking over blog duties this week. For all those who had a giggle at END_OF_DOCUMENT_TOKEN_TO_BE_REPLACED